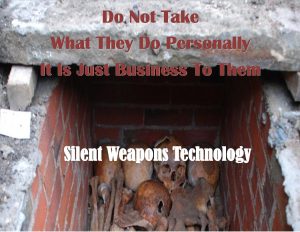 “It is patently impossible to discuss social engineering or the automation of a society, i. e. , the engineering of social automation systems (silent weapons) on a national or world wide scale without implying extensive objectives of social control and destruction of human life, i.e., slavery and genocide,” The King Alfred Plan, established between 1954-1974 #74-1120

It is very hard for us who were born and raised in what we lovingly have always referred to as America the epitome of what we thought with all our hearts was a free country. The truth shatteringly is from its conception it was cut off at its knees during a very quiet cue called the Act of 1871 which established The District of Columbia to which we have been living under the U.S.A. Corporation/ New World Order. This corporation is owned by international Banksters and so called “Aristocracy” of Europe and Briton (Vatican & Majestic 12 i.e. Anu-Templar). In other words, we have been living under a silent dictatorship using silent weapons ( Mind) to control “The people”
. http://www.rvbeypublications.com/catalog/i56.html

END_OF_DOCUMENT_TOKEN_TO_BE_REPLACED

The KRYS-THL’-A represents the Seven Sacred First Audible Core-Creation Sound Tones of this 15 Dimensional Time Matrix of Ka-Ra-Ya-Sa-Ta-Ha-La-ah. The term was used in reference to the collective body of the 12 CDT-plates oral Legions that were recently brought back by E’ashayana Dean (Arhayas Productions) as Keylonta or Keylontic Science.

These oral Legions embodied the science of ascension through our 15 Dimensional Time Matrix.
END_OF_DOCUMENT_TOKEN_TO_BE_REPLACED

No one in their innate nature is in servitude to another. It is never OK to force a people to ever be designated as less than another for Any Reason What So Ever.

Where did the word Slave come from? There has been recent discussions among some very awakened Moors of America, who know they are not black and know that they did not come from somewhere else. They are indigenous to the Americas and struggle and fight everyday do educate their people to wake up and be their authentic Self and not be a Slave to being a commodity in the defacto Corporate US Stockmarket.  A corporate state where currently people are identified under Color of Law as Corporate Colored Persons such as white, black, yellow and red persons.
We all are not crayons and there is only one Race the Human Race divided up into Nations.

END_OF_DOCUMENT_TOKEN_TO_BE_REPLACED

The Guardians AKA The Dreamers 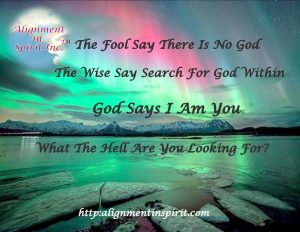 “Self-Identity vs Universal Conscious-ness? “As I explore the universe, I do not need to leave my body, for everywhere I go; there I AM in the Infinite Fields of the Eternal Mind.  No place may I travel were I AM not.  There is nothing we are not allowed to experience, be, do and say.  There is no judgment but the judging we choose to do for the experience of doing it.  I selfishly live for the joy of IT.  I am selfish enough to pay attention to the vibration of how I feel because how I feel tells me when I am in alignment with who I AM and when I am not (Abraham-Hicks).  Be-ing the Universal Conscious-ness I AM, I live a vibrational Life. ” (“The Self-Empowerment Principles of Awareness Handbook Re-Embody The Essence of The Law of One”,  page 12)

END_OF_DOCUMENT_TOKEN_TO_BE_REPLACED

The science of Mind (Holmes), Seth (Jane Roberts), Abraham-Hicks, Keylonta (E’Ashayana Ahrayas), Lisa Renee and many others including Being A.I.S. Publications honors taking New Thought to the Next Logical Step in Inner-standing that “You Create Your Own Reality”. How then does Old Thought/Moorish Science fit in?

Moor is a modern term for the indigenous first-born people (Angelic Humans of the Elohei Elohim lineage) of the Earth Plane. The Moabite lineage that brought together the Lemurians of MU and the Atlantians who were the People of Ur Creating MU’UR which later with the Templar Annu Elohim became the Moors.