“Society was created to define the quality of life based on a few members’ ideas of what “they had thought was going to make them feel good”. They thought by controlling what others did then their World would be safe, good, rich, and powerful and the list could go on of possibilities. City Charters many times gives us some idea of what the founders had in mind. These few had set up rules and regulations that eventually became norms and values. These Norms and Values become so in-doctrinated that we have groups either by blood or by commitment that maintain the control.”(“Self-Empowerment Principles of Awareness Re-Embody The Essence of The Law of One”, by Katie O’She Wha’ Nitah & Geo-RaMur Aqua El, page 24)

The United States Republic Constitution was established by a certain group of individuals in the hopes of ending many hundreds of years of fighting between different ethnic Groups or family of Nations all over the World to come to live by Love, Truth, Peace, Freedom, and Justice for all Mankind. 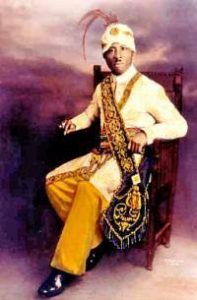 Technically the word Racism is incorrect because there is only one Race, the Human Race/ Mankind. There are the different family of nations with their own unique ethnicity and culture that they have cultivated over thousands or more years. Each culture has its own gift to the whole of the Earth Plane we all live in. Examples such as architecture, spirituality, art, literature, peaceful ways of living, creative ways of living, how to create huge powerful empires and the list could go on and on of how each culture gives all of us a piece of the puzzle of the whole of life or “The All That Is” God Source 1st Eternal All’ah Ah-yah A’ya (You, Me, We, Us, They IT).

Whenever we discount any one’s culture we not only dishonor that culture and their people we also dishonor our own culture as well as who we are as Bio-Spiritual Beings living in a multidimensional Bio-Spiritual Universe. It is not even a matter of liking or disliking another culture for we all have preferences on how we want to live. It is a matter of touching that resistance we feel within ourselves at a different way of expressing life. In that awareness, we release the control over our own intolerance, fears, judgments, ignorance, and anger that causes harm to ourselves as a Human Race as a whole. 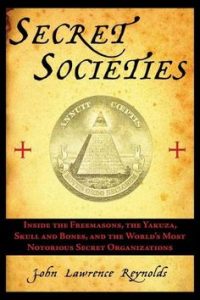 Unfortunately “The Road to Hell is paved with Good Intentions” while the United States Constitution was established to honor all nations to live in Love, Truth, Peace, Freedom, and Justice there were those still unable to release their inner resistance to being at peace with the All That Is of Life. The One World Order established primarily by whom we call (Luciferians/ Cabal/ Hybrids) folks who through their own history of being lost and shut down to who they are as Spirit or “The All That Is” have had an obsessive need to create a homogenized One World Order for everyone under one main rulership of the “Popes of Rome”/ Roman Empire of the Cabbalistic/ Masonic Templar Bloodline Controller System.

Some may call it being “Color Blind” meaning not seeing the unique ethnic diversity of each individuus of the All One. While we are all One we by no means thankfully are the same but we are all of Equal value.

America, the birthplace of Humanity, had been picked for their “Colonial Pilot Program” to create a homogenized Controlled World. This systemic Keylon coded ideology continues to infiltrate all ethnic groups throughout the World of breeding shut down, angry resistance souls who no longer live by their own unique Internal/ Eternal Authentic Self Expression of who they are as “The All That Is” God Source 1st Eternal All’ah Ah-yah Ay’a (You, Me, We, Us, They, IT) within their own unique Ethnic Experience for each Incarnate experience.

The American Dream is a mixture of both the genuine Constitutional intentions for honoring all Ethnicities (Bloodlines) living harmoniously together in equal standing and the One World Order of the Homogenizing of the World Ethnicities.

The infiltrated One World Order Keylon Coded ideological “Colonial Pilot” Program: “White Male” who lives in a house with the white picket fence and 2 car garage, who has plain features, clean cut, and eats no spicy foods, apple pie and owns an American made car like Chevrolet. His wife’s job is to stay home and take care of the kids. This Dream on the outside to some may sound great but  in reality is a harmful way of living for everyone for it is a lost soulless life. Yes “White People” are given certian privileges but at what price?

There is a looking outside yourself for your wellbeing that causes a “follow the leader/ Government mentality” where people become slaves to the capitalistic money competition system that advocates not for the good of all but for who can dominate or compete over another to have a bigger piece of the apple pie. It is a World where there are finite resources because no one really looks within to who they are as the power that creates Worlds.

I am not saying that it is not ok to have a house with a white picket fence and two car garage or be a stay at home mom. It is about not being given a choice on how you truly want to live your unique individual life and still be an equally privileged member of Society”. 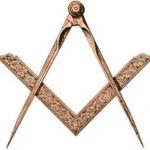 The ancient World lived from their own inner connection to Spirit and how that Spirit or “All That Is” God Source 1st Eternal All’ah Ah-yah A’ya (You, Me, We, Us, They, IT) embodied the Nature of the Earth Plane. Meaning we all have at our root this mystical connection to the nature of the Earth plane of how to live harmoniously in honor together. We also have in our history becoming disharmonic with who we are as “The All That Is” causing this chronic undercurrent of Pain, Suffering, destruction and “Less Than” that covers All Ethnic Groups around the World.

When we stopped looking within and focused primarily on the outward appearances of the manifest World in the development of our intellect (Lower Self), we shut down the ability to express and be our Authentic Self. We became excellent at assessing the physical attributes of things which have increased our ability to analyze, categorize and define the visceral physical taste it touch it reality that our ancestors had only instinctively known but who now rejoice in our experiences as us now.

The downside to the development of the Intellect has been the loss of seeing someone for who they really are. In the last 300 years or so we have become a World who defines someone not by their deeds or the inner Spirit but by outward criteria that each culture uses to exclude people from their group.

This has caused much war, strife, competition and at times the rewriting of history to favor a once disfavored culture to now be a favored culture, the White supremacy/ Privilege program being a good example of this “Trading Places”. 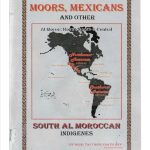 In truth, this country was actually ruled by the Moors/ MU’URs of the Al-Moroccan Empire until the 1860’s during the Post-Civil War Reconstruction Era. These Moors are who we now call people of color so the World is by no means what it “appears” to be. 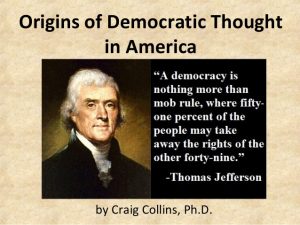 This Homogenized One World Order created the ideology of a Corporate Democracy to take the place of the Republic constitution utilizing color of law codes and Statues and a 13th and 14th amendment corporate homogenized artificial person of color aka Black, and White. By identifying our self as a crayon color we are no longer seen as a human being tied to our nationality. Our nationality gives us standing in natural/ common Law of the Earth Plane. 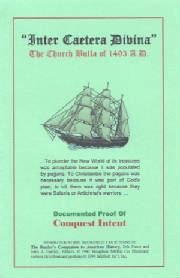 These Luciferians through the Colonization Program which is also known as “Inter Caetera Divina” had targeted the indigenous Nationals first through such acts as the Treaty of Verona and the King Alfred Plan to destroy their power by destroying the memory of who they are and then eventually killing off most of them through the use of the now current so-called race riots.

Once this occurred they could then kill off anyone else that did not abide by their One World Order agenda. We are also seeing this day by day as new “Government” regulations occurs killing off the middle class “White” communities so before you know it most of the “White Person’s” will be killed off as well. Making these soulless lost Luciferian Cabal folks eventually fight amongst themselves for the finite resources until they too eventually will parish. 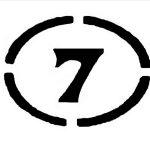 Once we realize this is not actually a race War but really a Soul War than we are on the path to recovery. Only through fully and completely appreciating and honoring our own roots and those of the people around us can we then all harmonize our individuated notes of being together creating a beautiful symphony of Love, Truth, Peace,  Freedom, and Justice. No longer can we call ourselves by any artificial name of Black, White, yellow, and Red as we go within the spirit soul essence of our beings to reclaim our ancestral roots. 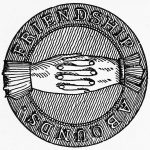 We re-member why we came here, as an individual and as a soul collective, for the evolution and expansion that this time-space reality as IT affords us.   We inner-stand that in honoring our ancient mothers and fathers we, in turn, honor the natural Earth Plane and all Life on it relishing in our own authentic individuus of IT All’ah. We all make mis-takes and we learn from them. We as both light skinned and Dark skinned Hu-mans and every shade in between have lately let our fears and hates and ignorance rule our choices of what is supposed to be doing good for our “Peoples” and/ or families without seeing the big picture of all Life Everywhere but if it is not for the Good of all it really is not good for the few either. 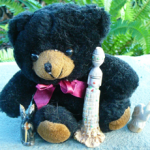 My hopes and dreams as a light-skinned European/Keltic-American female in this current time-space reality create a harmonious abundantly joy filled World through Taking New Thought to the Next logical Step with the Self-Empowerment Principles of Awareness to Live Huge Now Re-Embodying the Essence of The Law of One living in a multidimensional bio-Spiritual Universe.

I hope you will partake in my Facebook Live SEPA class to Re-Embody the Essence of the Law of One starting this coming Wed Oct 3rd at 8 PM EST hosted by  Being AIS Publications FB page.

Much LUV and Peace,